A Cure for What Ails the Disconnected Book Blogger 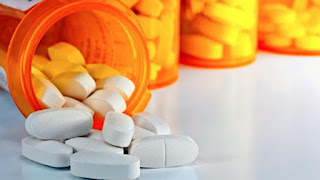 Greetings all and welcome to my fair and neglected blog!

I've been having blogger guilt lately, but not the usual blogger guilt. You know, the guilt that says, "You should write more book reviews! You should have clever features and pretty pictures and stop planning to do bloggy community things and then failing to follow through!" I know if I applied myself, and sacrificed some Netflix time, I could fill this blog with lovely content. What's been bothering me lately isn't that I'm not really doing a stellar job of blogging but more that I'm doing an even worse job of commenting. I might be able to fire a post or two off into the void every now and then, but I've been dreadful about commenting back, meeting new people, everything except fulfilling the bare obligation to breathe life into my languishing blog once in a while.  Happily I have a few stalwart commenters that despite my considerable lack as a blogger, don't leave me alone to shout about books into nothingness. (Thanks, guys!!)

Anyhow, I'm pretty sure I'm not the only one in this boat.  It seems like half the blogs I visit have so few comments these days. I sometimes feel like we (er...I?) traded in book blogging community for shouting into the emptiness in the name of getting a few new books. That or we're so overwhelmed by the wealth of social media that we've traded in trying to have meaningful blog exchanges with each other for 140 character chatter or that perfectly posed coffee and a book picture on Instagram.

This was nowhere more apparent to me than when the decision was made to no longer cheerlead on blogs for the 24 Hour Readathon and only do the cheering on Twitter.  There's nothing wrong with Twitter cheerleading (I've done it, it's fun, especially late in the evening when everybody's getting punchy), and I mean no offense to the organizers who do such a great job of wrangling such a large event into submission. Alas, when I saw that, a part of me felt like a little bit of the heart fell out of the Readathon.  It was too time consuming, too difficult for us to engage one another on the very social media that spawned the Dewey's Readathon to begin with....blogs.  Book blogs.

I wish I could say I handled myself maturely, but the most maturity I could muster was to not sign up to cheer and if I couldn't say something nice, I decided I would say nothing at all.  Today I was all ready to whip up some primo content (read: a few clumsily worded book reviews), and I said to myself as I too often do these days..."Self, what's the point of writing these reviews if you're going to carry on being such a half-assed member of the book blogging community?"

At that point, instead of dejectedly going to clean the bathroom or some other only marginally rewarding domestic chore that I claim takes up so much of my time that I can hardly spare the time to write blog posts....instead of that, I had an idea.  I daresay it may even be a good idea.  In fact, this post was supposed to actually embody the fruit of that idea, but it's already grown too long under the weight of my musings, so you may have to wait a day or two to see....Choose Your Own (Commenting) Adventure!  A way for me to plug myself back into the book blogosphere, put a fire under my butt to comment more, and have content for my blog! 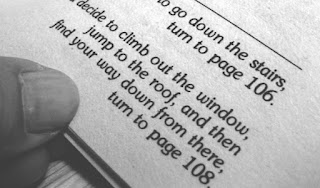 Instead of being constrained by the dutiful emptying of my Feedly, another place where blogging fun becomes a joyless obligation, I decided to leave a comment on the first post in my reader this morning that had a comment, then visit the first commenter on that post and so on until I had visited 10 blogs linked by their commenters.  Admittedly, I cheated a bit to keep my journey in the book blogosphere and out of niches where I genuinely didn't have much to say.

Tomorrow or the next day, I plan to write up my short adventure around the blogosphere in that old "blog carnival" style.  Just a little link and a blurb for everyone I visited (in addition to my comments on their actual blogs).  It was great fun - I really read people's posts instead of just skimming them on my phone.  I thought of something at least semi-worthwhile to say to each.  I found a bunch of new to me blogs and stopped by a few old friends.  With any luck, it's something I'll start doing and writing about on a regular basis.  With any luck, maybe a few folks will join me in choosing their own commenting adventure.

What do you think?  Is commenting and feeling like a part of the larger book blogging community something you struggle with?
Tweet